another question asked is do all roguelikes use ASCII graphics – no – have a look at this screenshot from one of the most popular TOMe 4 – see http://te4.org/ for details 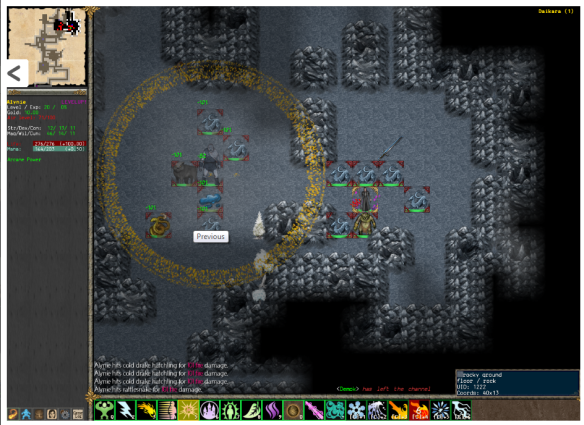 Very impressive from the master

I have been asked this recently and like always Wikipedia is the best source of information:

“The roguelike is a sub-genre of role-playing video games, characterized by randomization for replayability, permanent death, and turn-based movement. Most roguelikes feature ASCII graphics, with newer ones increasingly offering tile-based graphics. Games are typically dungeon crawls, with many monsters, items, and environmental features. Computer roguelikes usually employ the majority of the keyboard to facilitate interaction with items and the environment. The name of the genre comes from the 1980 game Rogue.”

A couple of other things I add:

-Derived from the Dungeons and Dragons role playing game

-Emphasis on “hack and slash” combat

Its interesting that ASCII games could have such a high level of interest at the moment and there was a really interesting 10-15 minutes on the subject in a recent podcast I listened to – the podcast was actually about a game called “100 rogues” but from about 40 min into the podcast the guys at ROGUELIKE radio focus on the reasons why the roguelike genre is getting so popular. Its a great listen so if you have a chance… 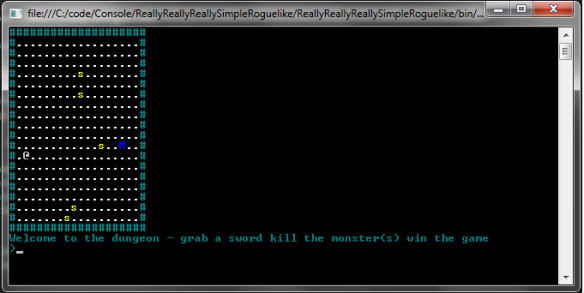 We are going to see a lot more articles and tutorials from me  on roguelike games this year and part of the reason for this is the importance for these type of games for the beginner/intermediate developer. Whilst it’s obviously hard to build any sort of 3d game for a beginner developerwithout assistance – building a simple yet playable roguelike game however (even just using a windows console app say using C#) is quite possible. OK you are not going to make a fortune out of a simple textbased rouguelike ,but you may well be able to get your friends to play it!!!

Some cool links for roguelikes:

I promise I will stop the OT posts soon … its taking a bit of time to get over the holiday but a great post from Hanselman on why you should blog?

I have been away on holiday (vacation) for december so its been very quiet on the blog but will try to improve this situation now that I am back. I did have some serious fun seeing lots of castles… Did I ever explain that I really like castles…

OK yeah so I saw lots of castles…

Great to be back home though